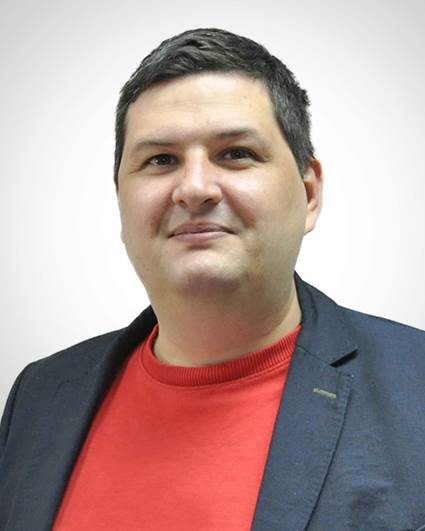 Dean of the Faculty of Sports Sciences

He was born on March 22, 1977 in Zagreb. He completed his undergraduate and master's studies at the Faculty of Sports Sciences of "Apeiron" University, and at the same faculty defended his doctoral dissertation on the topic "Effects of transformational processes in juniors in dance". Employed at the University since 2006. Career is related to sports dance and modern competitive dances. He currently holds the position of Deputy President of the World Dance Organization (IDO), President of the European IDO Conference and Director of the Judging Committee. He is an authorized lecturer and examiner for the license of judge, chief judge and delegate in IDO. He is also a member of the IDO Education Committee. He previously held the position of vice president of the World Dance Organization (to which he was elected in 2007 as the youngest vice president in history). He was previously a member of the judges' committee since 2005. He is the president of the Association of Modern Dances in BiH and the Dance Club "Gema" Banja Luka. He is the author and co-author of over 50 scientific and professional papers, 8 of which were published in journals on the SCI and SKOPUS list. He is the president of the Organizing Committee of the International Scientific Conference "Sports Sciences and Health" and the editor-in-chief of the journal of the same name.