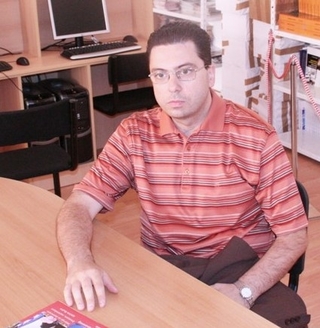 Dean of the Faculty of Legal Sciences

Vladimir Đurić, doctor of legal sciences, full professor and senior research associate, was born in 1971. He graduated from the Faculty of Law in Belgrade in 1996. He obtained his master's degree at the Faculty of Law of the University of Belgrade in 2000, defending his master's thesis "Constitutional appeal" with honors. He defended his doctoral thesis entitled "Constitutional Procedure for the Conclusion and Execution of International Agreements" in 2006 at the Faculty of Law of the University of Niš. He is a senior research associate at the Institute for Comparative Law, where he has been employed since 2011. From 2000 to 2002, he worked in the Ministry of Foreign Affairs of the Federal Republic of Yugoslavia. From 2002 to 2006, he was an advisor to the Minister in the Ministry for Human and Minority Rights, and from 2006 to 2008, assistant director of the Service for Human and Minority Rights of the Government of the Republic of Serbia. From 2009 to 2012, he was an adviser to the minister in the Ministry of Religions, or later in the Ministry of Religions and Diaspora. From 2002 to 2007, she was engaged as a teaching associate at the Faculty of Law of "Union" University. Since 2007, he has been a professor in the courses "Constitutional Law" and "Administrative Law" at the Faculty of Legal Sciences of the University "Apeiron" in Banja Luka. He is a member of the presidency of the Association for Constitutional Law and the editorial board of the journal "Strani pravni život" published by the Institute for Comparative Law. He was elected to the position of senior scientific associate in October 2019. His areas of interest are constitutional law, administrative law, human and minority rights, state church law, etc. He is the author or co-author of several monographs and numerous articles in these areas, among which the monographs "Constitutional Appeal" and "Constitution and International Treaties", "Affirmative Action", "Freedom of Religion in the Jurisprudence of European Constitutional Courts" stand out. He speaks English and uses German.